Email Open Rates: Why Do They Matter and How to Improve Them

Email open rates show you the percentage of people who actually open your emails. They're one of the most essential metrics of email marketing. Read more to find out why they're so important, and also some ways to boost them. 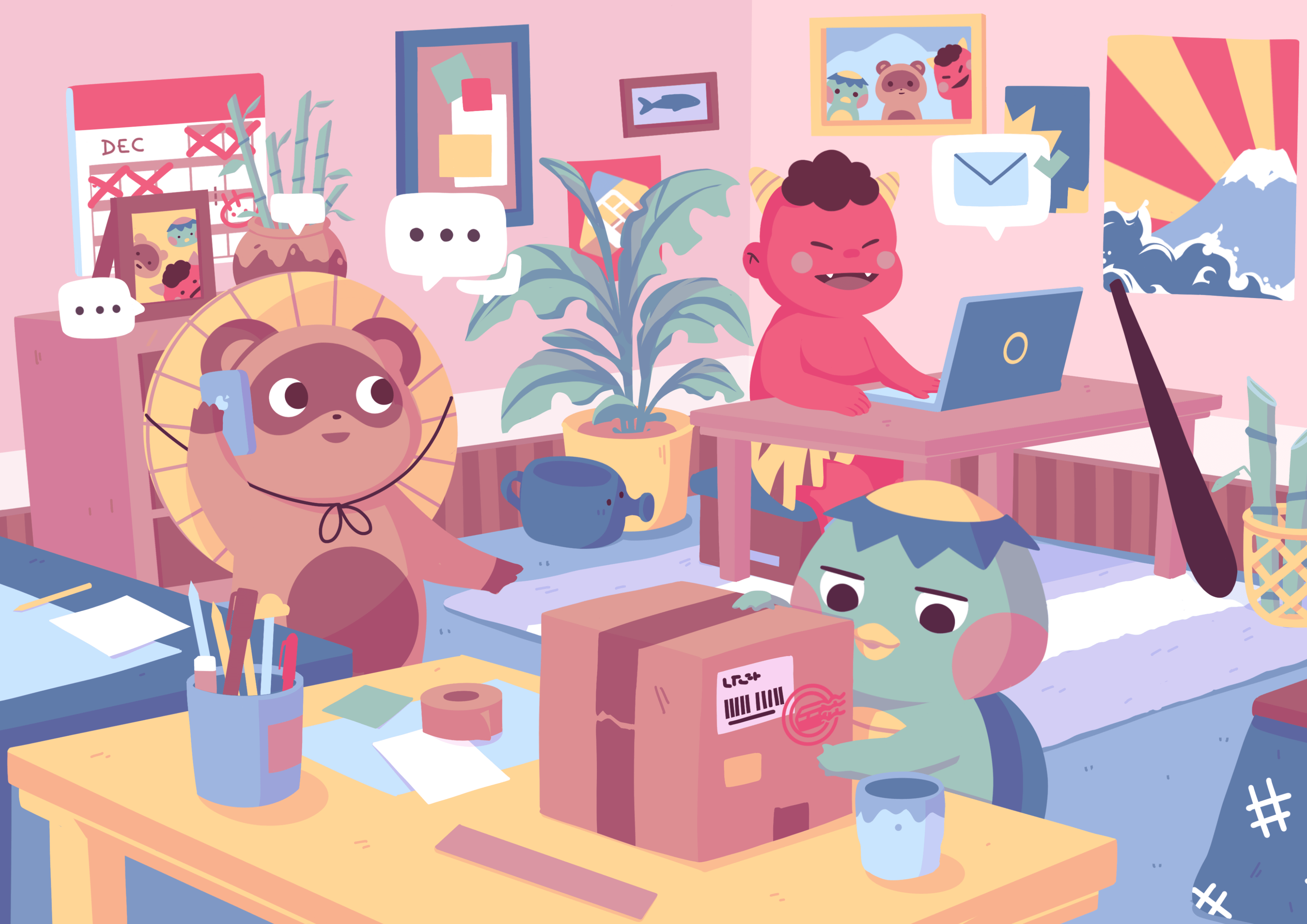 Email open rates are an important variable in email marketing strategies and analysis.

One of the first steps you need to take when working on an email marketing campaign is to set and define your goals. That way you can ensure that your campaign will be successful and will bring the results you want.

Now, determining how many people actually open and read your emails, and how many engage with them, is something you have to do in your campaign. It’s email marketing 101. That’s because open rates offer the potential to show whether the effort you put in the campaign and the resources you invest are worth it.

Of course, open rates aren’t the only important metrics that’ll determine whether your email campaign is successful or not. But, they are significant nevertheless.

Here I want to talk about email open rates in general; I want to tell you exactly what they are, what their importance is in a well-structured email marketing campaign, as well as about the important open rates benchmarks you should have in mind. I’ll also give you a few tips on how to improve your open rates.

What Are Email Open Rates?

Email open rates are metrics that measure the percentage of people (clients, customers, subscribers, users) who open your emails. They are drawn from the total number of subscribers you have.

Why Are Email Rates Important?

Email open rates are important because they help you measure customer engagement over a period of time and whether the content you offer to your readers is relevant and timely enough so they can look forward to it in the future. They’re also a good indicator of whether your subject lines do their jobs in attracting readers properly.

Ideally, you should be able to see a steady rise or some kind of increase in open percentage rates. However, if the numbers start to fall, it means something’s wrong with your email strategy. Maybe you’re sending too many or too few emails? Or, there may be something wrong with the content or the subject line of the emails. Potentially, you are not targeting the right customers and are sending too general emails. Are you using the right segment lists? These are all questions you need informed answers to if you want to improve your open rates.

Are Open Rates the Most Important Metric in an Email Marketing Campaign?

Simply put - no, they aren’t. In fact, there isn’t any single important metric for a successful email campaign. Rather, there are multiple key metrics you should take into consideration.

Marketers are often misled by open rates, thinking that it’s the one and only ultimate metric for email marketing success, but the truth is that one metric can’t determine your email marketing strategy. It’s just not how it works.

Sure, it matters how many people read your emails, but that’s just one step of the journey. It also matters how many of them go forward in the sales funnel and actually turn into conversions, into customers who buy your products or services. Sometimes high open rates don’t lead to high conversion rates, and vice versa - sometimes low open rates do result in high conversion rates. Factors such as the line of work you’re in, for instance, can also have an influence.

You should instead think of multiple metrics at the same time, namely: click-through rates (CTR) rates, conversion rates, bounce rates, list growth rates, spam complaints, etc. Thinking about what kind of goals you want to set for your company when crafting a particular email marketing strategy is also important.

Looking at the open rates metric can be used with A/B testing when you’re trying out different subject lines. It’s also a good indicator of customer loyalty, trust, and expectations.

What Are Good/Average and High Open Rates?

Average open rates measure the percentage of email recipients that open your emails compared to the number (percentage) of emails you’ve delivered in total in your email campaign.

This metric is available in most email marketing software and it easily calculates the average open rate.

Average open rates can vary, there’s no doubt about that, and it largely depends on the industry in question. Usually, the percentage is somewhere between 15% and 25%.

According to the same statistics, the average open rate for all the analyzed industries was 21.33%.

As you can see, topics that have to do with personal interests like religion, hobbies, and the like do tend to yield higher open rates compared to marketing topics such as coupon offers and other e-commerce-related stuff. Daily deals seem to have the lowest open rates of all topics.

Generally speaking, as your email list grows, the open rates tend to decrease. Organizations and companies whose focus is on personal interest activities and topics, like sports supporters or enthusiasts, hobbyists, non-profit organizations, or people belonging to a religious group usually see higher open rates.

Generally speaking, companies and businesses don’t need to increase their open rates once they reach a satisfying average that corresponds to their industry’s average. Yes, I know it seems like it would be great for businesses if they keep on improving their open rates, but ultimately it takes too much effort and the results aren’t that satisfactory. As I mentioned earlier, the more your list grows, the more your open rates fall.

Of course, if a company’s open rates are below average, they should definitely do something to improve them, and it does pay off if they put in the effort to do so.

How Can You Improve Your Open Rates?

Let’s take a look at how you can do this!

Get Rid of Hard Bounces

Sometimes all you need to do is to remove any hard bounces. What are these? Hard bounces are emails that have been sent to an email address that doesn’t exist anymore. This is bad because it decreases your open rate unnecessarily, and yet it’s so easy to get rid of. Just go through your email lists, take note of any accounts such as these and then remove them from your list.

Use the Magic of Focus Lists aka Use Email Segmentation

Focus lists are great when you want to limit your email lists and focus on the people you think your emails will be most relevant to. This, in turn, results in higher open rates and more useful emails for your subscribers.

Email segmentation is one of the basics of email marketing. It helps you connect to your customers, makes them feel like the work you do and the information you send are made just for them and helps build customer loyalty while boosting customer retention rates.

Look at demographics, your customers’ past purchases, their daily schedules, their habits, hobbies, and other activities; look at their time zones… All of this matters if you want to send emails that yield high open rates.

Format Your Emails for Mobile Users

That’s right - it’s imperative that you make your emails mobile responsive! Nowadays, people often check their emails on their smartphones, which means only one thing… You have to invest a little bit of time and energy into formatting your emails so they can look good on mobile devices.

This is an important tip for many different aspects of your email marketing campaign, and the same goes for open rates. Did you know that personalized emails have a higher chance of being opened than more general ones?

By personalizing your subject lines, you’re making your customers feel seen while also making them feel like they’re interacting with an actual person and not a marketing bot.

Send Your Emails at the Right Time

It definitely matters when you send your emails. The day and the hour of your email campaigns are important for improving open rates.

Generally speaking, it’s best to send emails during the workweek, and, according to some statistics, Tuesdays and Thursdays are the best days of the workweek for this.

However, don’t rely too much on general statistics. Make sure to test a couple of possible email sending times and see which suits your industry, your business goals, and which affect the improvement of your emails’ open rates the most.

It’s also worth noting that you shouldn’t hold back and surrender your email strategy to sheer statistics. It’s best to test different approaches in order to find the one that’ll align best with your goals. A/B testing also comes in handy here.

Nowadays it’s actually pretty easy to test different elements of your email campaign. Try to first use one idea you think will work well, and then, after a short amount of time (days or weeks) change a metric or some variable you deem important and see what kind of difference that makes to the overall campaign strategy and your open rates percentage.

Inbox previews are really useful if you want to make sure your emails are perfectly optimized for different smart devices.

Use the magic of preheader text and lure your recipients to actually be happy and eager to open your emails. The email marketing platform you’re using should be able to provide inbox previews and preheader text, which can help you in crafting your text perfectly so you can make sure it gets opened most of the time.

The math here is simple - the more people recognize your brand, the likelier they are to open your emails.

What this means is that you should also include brand recognition in your marketing strategy. That means building customer loyalty, sending relevant and timely information, having a consistent email address, as well as a more personal(ized) approach, and also - never forget - good subject lines.

Well, dear readers, I hope this article helped you a little bit in understanding the topic of open rates and why they are important.

I also talked a little bit about what the average open rates are in the industries analyzed by relevant companies and provided relevant statistics.

I also talked about how open rates aren’t the superior (and only) metric you should consider when developing your email campaign. Rather, it’s complementary to a lot of other metrics, and your campaign and business success definitely doesn’t depend only on open rates.

At the end of the article, you could also see what you can do to improve your open rates, what changes you can introduce in your campaign, and boost reader engagement.

Ultimately, it all depends on being a good marketer, having a good email marketing etiquette, and always making sure to send your readers quality content that they’ll find useful and engaging. By orienting the right content to the right people, you’ve already done a good job.

Want to improve your email marketing in 14 days?

Go from marketing zero to hero — and finally put into place powerful systems that generate you more money from your existing efforts.